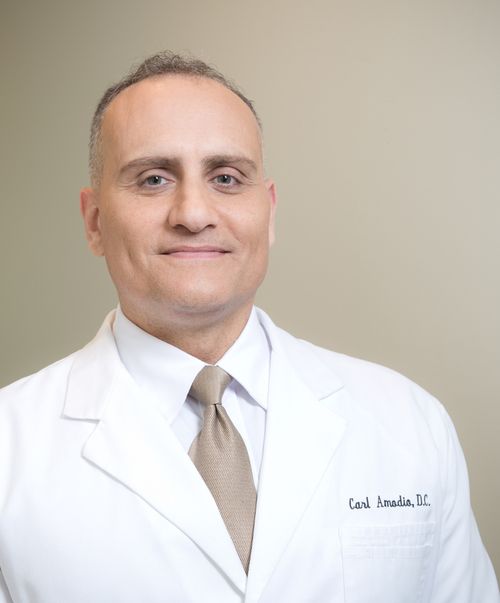 Carl T. Amodio, DC, DIBAK, graduated in 2001 from Life University in Marietta, GA. In addition to his chiropractic courses of study, he also attended seminars on the weekends to learn more about Applied Kinesiology (AK). Before graduating, he completed the 100-hr. certification course. After graduation, Dr. Amodio continued to expand his studies in AK and in 2007 attained certification with Quintessential Applications- www.quintessentialapplications.com
Quintessential Applications (QA) is "a physiologically based, basic-science driven, neurological hierarchy, for the ordered application of clinical procedures and techniques." It is recognized around the world and Dr. Amodio has attained proficiency with this technique. He holds his diplomate and is board certified with the International Board of Applied Kinesiologists- www.icakusa.com.

Dr. Amodio is also currently an adjunct professor at Life University in the Chiropractic Sciences department, and, along with the assistance of Walter H. Schmitt, DC, DIBAK, DABCN; formulated and designed the elective course: Introduction to Applied Kinesiology. This course was designed to help future chiropractors have an introduction to some foundational AK techniques. Dr. Amodio also began a student AK study group on campus in 2006 that is still active.

"I was introduced to the world of Chiropractic care when I was just ten years old. At the time, I was diagnosed with scoliosis (curvature of the spine) by the school nurse, and my mother decided to take the advice of a co-worker and have me evaluated by a Chiropractor. Three years after my initial diagnosis, and with regular chiropractic care, my spine completely straightened. That left quite an impression on me."

Dr. Amodio was born and raised in the Hudson Valley Region of upstate New York. He grew up in Dunedin, Florida (Tampa Bay area) and lived there for about (10) years. After high school and enlistment in the United States Marine Corps, he attended St. Petersburg Jr. College in Clearwater, FL and received his Associate of Arts. He then received a (2) year Marine Corps R.O.T.C. Scholarship and decided to attend Fordham University in New York City, attaining his Bachelor of Arts. He moved to the Atlanta area in 1991 and began studies at Life University in 1997.

He is the former president and founder of a local social/cultural Italian-American organization here in Atlanta: Amici d'Italia, and enjoys attending cultural events. Dr. Amodio holds a black belt in Hapkido and is a past member of the International Combat Hapkido Federation and the American Hapkido Association. He is also a former member of the Catholic Medical Association- www.cathmed.org, and the Association for Catholic Chiropractors (AFCC), representing the AFCC at the Vatican in 2004.  He is a parishioner of St. Catherine of Siena Roman Catholic Church where he is a regular lector and a 4th Degree member of the Knights of Columbus www.kofc.org. He resides in Kennesaw, GA with his wife Holly and his three children. 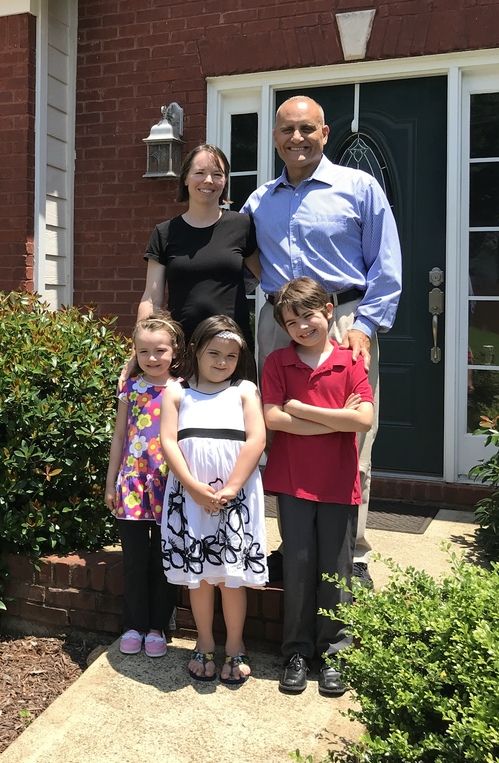